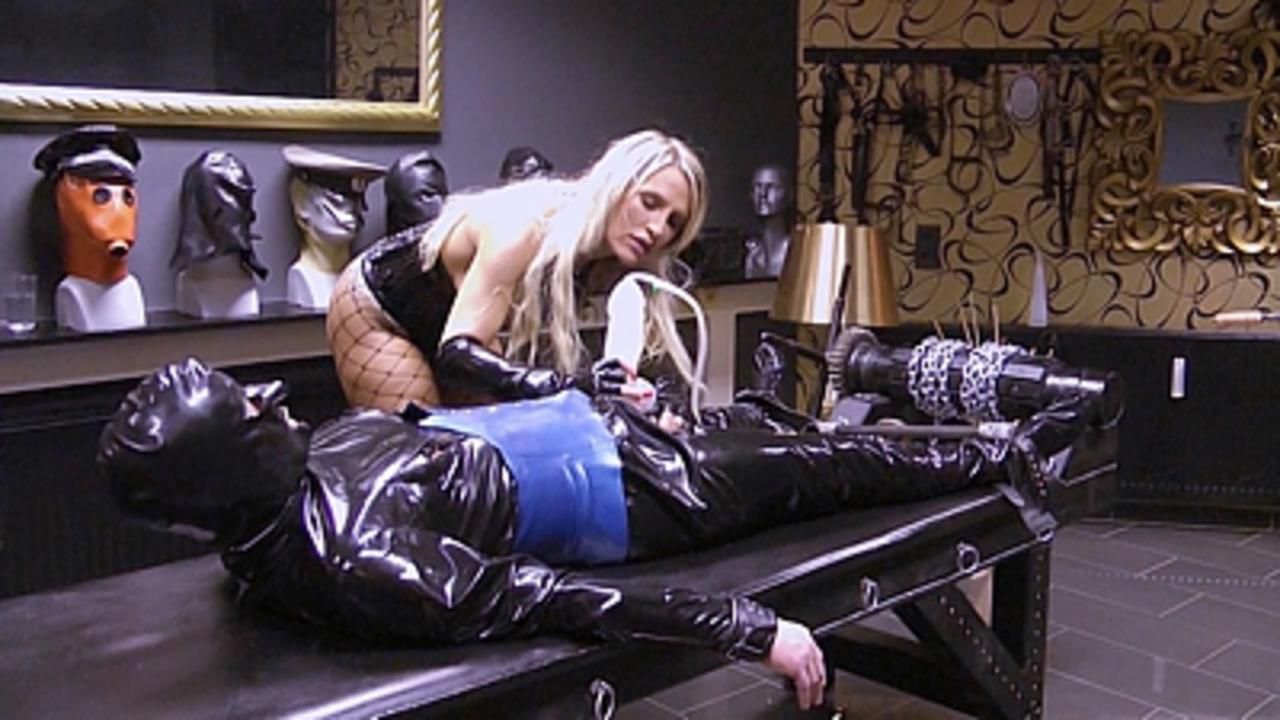 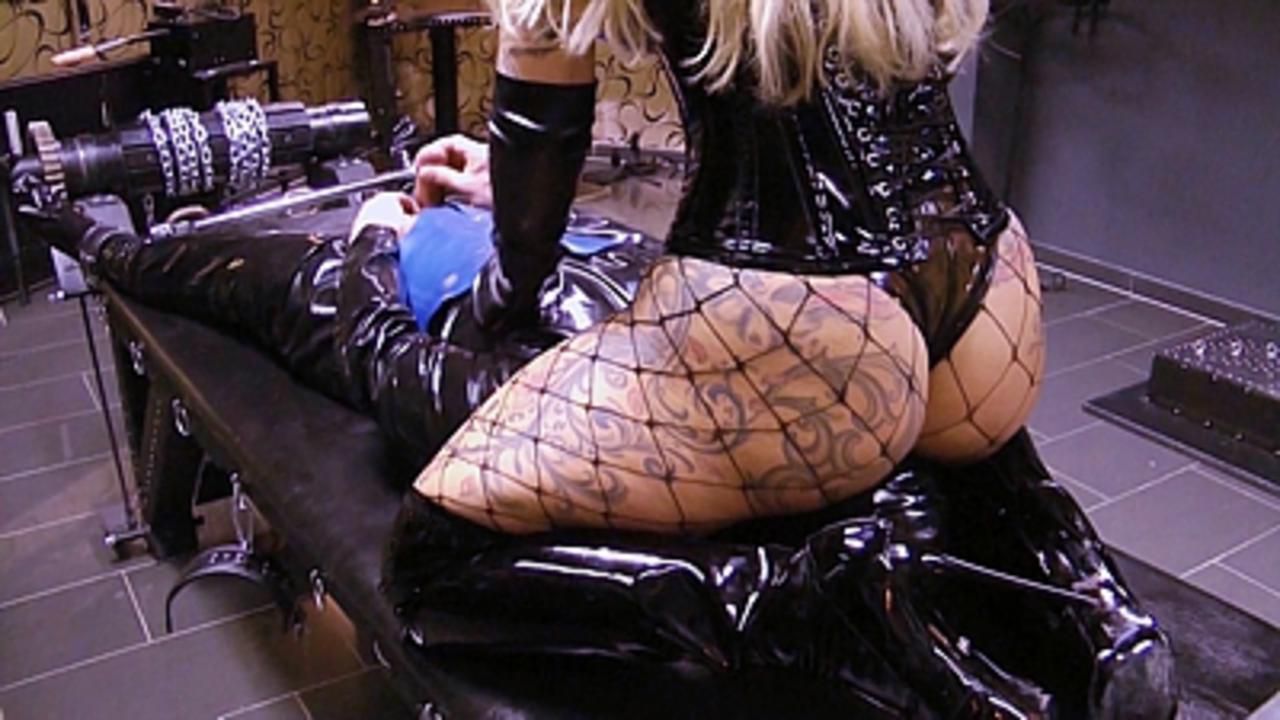 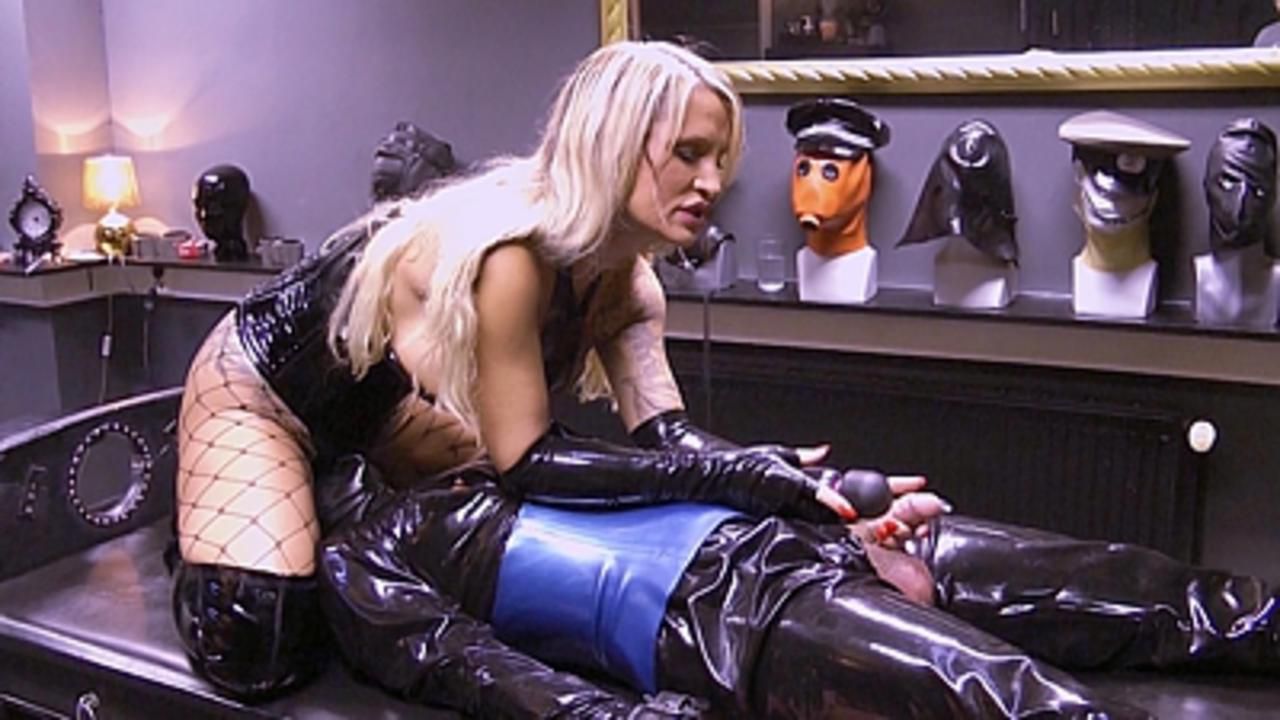 After the first two episodes of his treatment in Maso Extrem and Toxc ART, everbody can truly imagine that the poor slaves dick hurts like crazy. Now there is a reward for having suffered so well, he can dress in his beloved rubber and take a seat on the bench. After he was correctly tied up there his goddess Calea Toxic tells him that his penis is pumped up to the maximum and then milked. That it is also a little easier for him to endure this, the mistress then sits down with full weight on his face. His poor dick can then of course not long refuse to orgasm and so he may inject everything well-behaved into a Condom. Well now is the horniness gone, but the mistress has a condom filled to the top with sperm... such a trouble but also ... Mouth open you will know learn how to swallow cum!!!