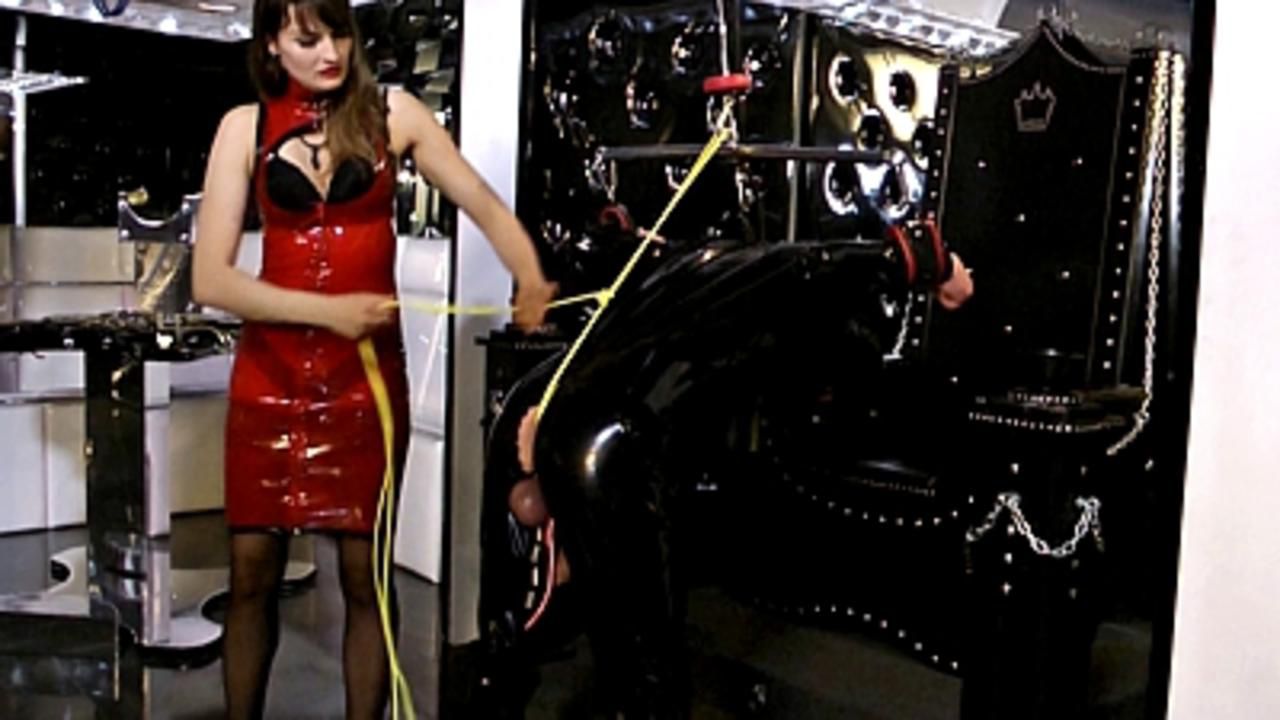 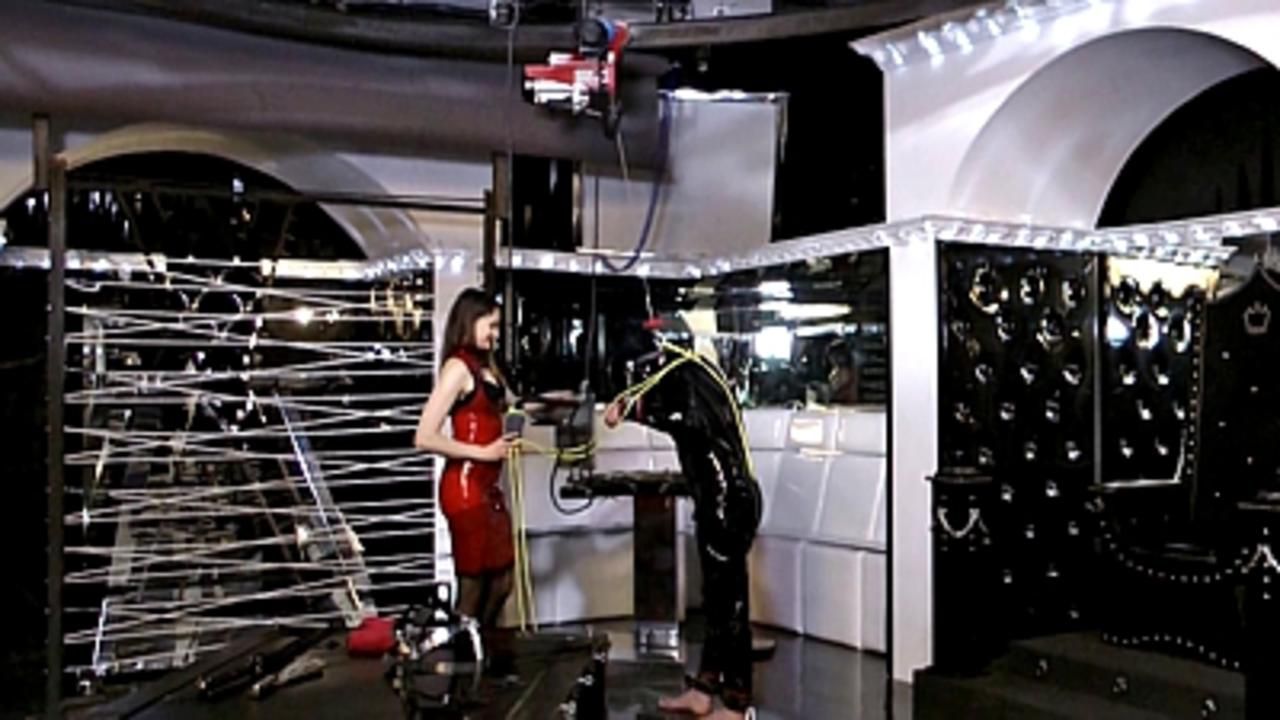 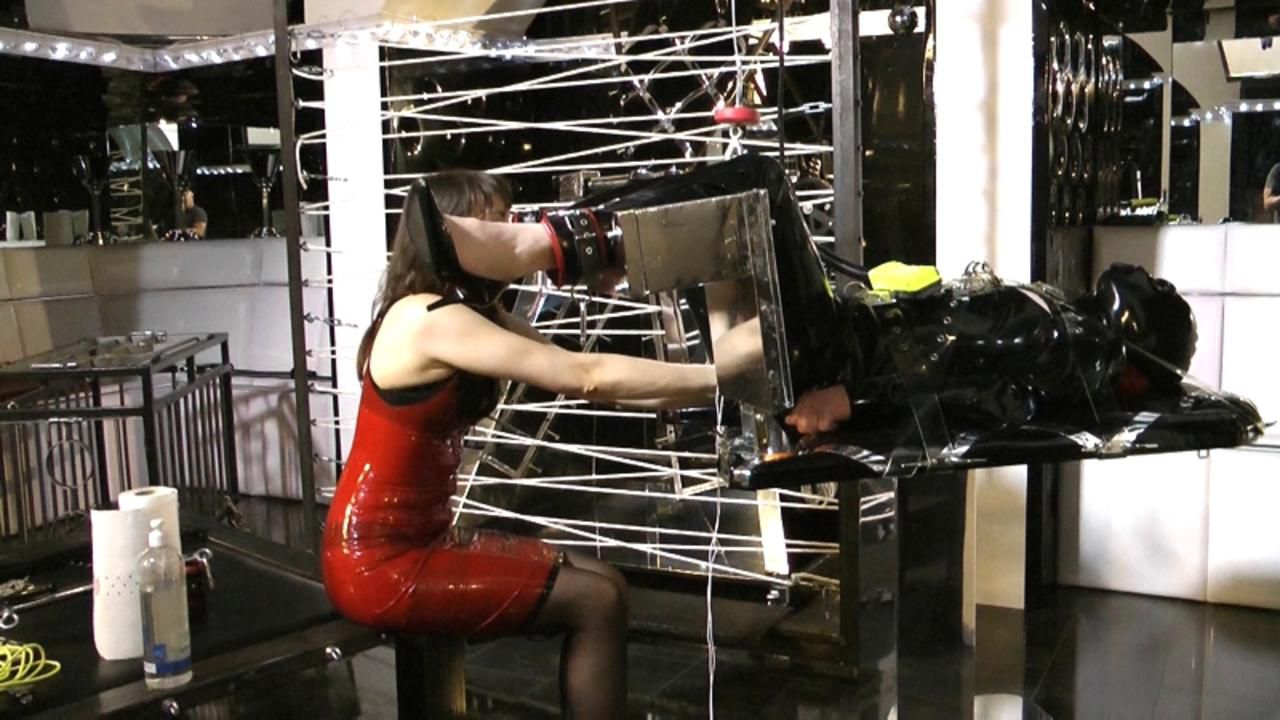 Massive problem with his balls gets the rubber toy now in the second part of the session, first his testicles are connected to the ceiling carousel of the studio with a nice bondage and upss the mistress probably push the up Buttom from the pulley a bit too long, which has the consequences that the Rubbtoy squeals like a pig , then he may waddle so controlled in this not comfortable position to his next punishment point, where for him and his poor balls waits first the AC/DC machine and then the fist of his goddess. That Lady Lilith really have fun at the suffering of her toy has understood itself.